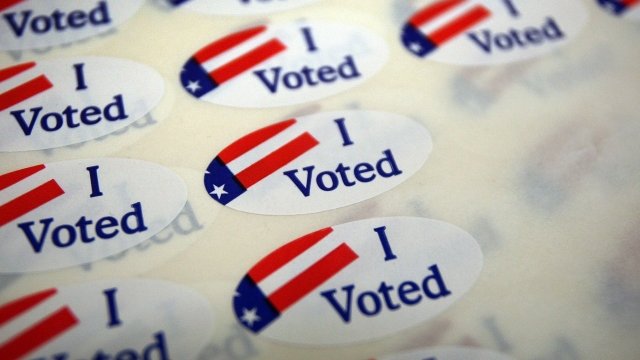 The Supreme Court is set to hear oral arguments in a case that challenges Ohio's policy of dropping infrequent voters from its registration rolls.

The Supreme Court is scheduled to hear oral arguments Wednesday in a case that challenges Ohio's policy of dropping infrequent voters from its registration rolls.

Under the rule, Ohio residents who fail to vote in two consecutive elections and don't return a mailed confirmation form are removed from the registration rolls.

Trump Ends Commission Tasked With Finding All Those Illegal Voters

The White House still stands by its position that there is "substantial evidence of voter fraud" in the 2016 presidential election.

The court's ruling is expected in late June.