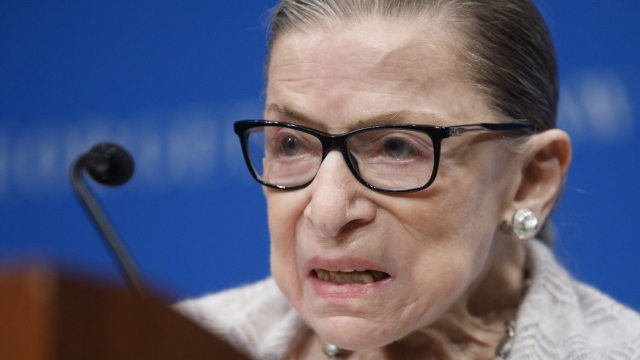 A court spokesperson said Ginsburg has a stomach virus, but she'll read the briefs for the two cases she's absent for. Chief Justice John Roberts said she'll still take part in the decisions.

At 86, Ginsburg is the oldest of the current Supreme Court justices. She was appointed to the bench in 1993.

Ginsburg missed oral arguments for the first time in her Supreme Court tenure when she was recovering from lung cancer surgery earlier this year. She's a four-time cancer survivor and most recently beat pancreatic cancer in August.