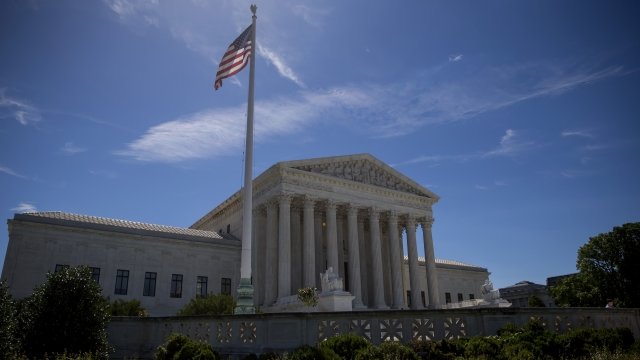 SMS
Supreme Court Rules Officials Need Warrants To Get Cell Location Data
By Ethan Weston
By Ethan Weston
June 22, 2018
The case rose out of a number of robbery cases from 2010 and 2011.
SHOW TRANSCRIPT

The Supreme Court has ruled that law enforcement needs a warrant to access cellphone location data in most cases.

The case rose out of a number of robbery cases from 2010 and 2011. Police obtained a suspect's location data with a court order but not a warrant.

The Justice Department argued an individual's privacy expectation was diminished when voluntarily sharing information with a third-party such as a cellphone carrier.

A decades-old doctrine says there's no expectation of privacy when giving information to someone else. But NPR reports the Supreme Court has grown increasingly uncomfortable with that doctrine as it relates to modern technology.

In the court's decision, Chief Justice John Roberts noted warrantless location searches were still permissible in the case of emergencies and for national security purposes.