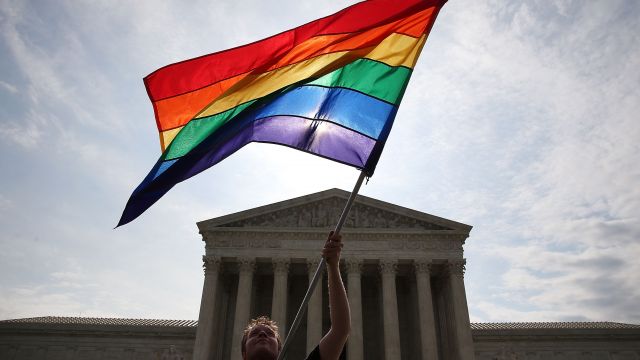 The U.S. Supreme Court has reversed an Alabama court's decision not to recognize adoption by a lesbian woman.

The Supreme Court unanimously voted to recognize the rights of the adoptive mother in the case known as V.L. v. E.L.

In the case between two women identified in court papers only by their initials, V.L. sued E.L., the biological mother of three children, for visitation rights.

E.L. and V.L. were in a relationship when E.L. gave birth to the children, who were conceived through artificial insemination. V.L. legally adopted the kids in 2007 after setting up legal residence in Georgia.

The case went to the Alabama Supreme Court, which didn't recognize the adoption in Georgia.

The U.S. Supreme Court ruled: "The Georgia judgment appears on its face to have been issued by a court with jurisdiction. The Alabama Supreme Court erred in refusing to grant that judgment full faith and credit."