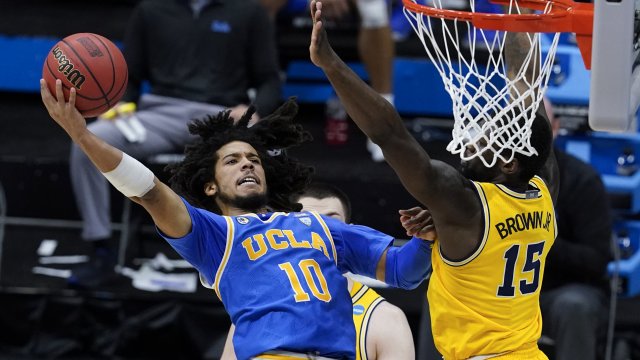 For years, the NCAA has restricted the benefits of its athletes despite schools bringing in millions. The Supreme Court could change that.

A win on the hardwood is sweet, but victory in the Supreme Court could be transformative. A case called NCAA v. Alston looks at whether the NCAA can limit educational benefits for athletes.

"This case is a fundamental challenge to the very model of the NCAA as we've known it for the last 100 years," said Helen "Nellie" Drew.

Former West Virginia Running Back Shawne Alston...and former University of California Center Justine Hartman are leading the class action suit. This isn’t about college athletes getting salaries. They’re arguing the NCAA cannot limit education-related benefits. The two want the Supreme Court to uphold a lower court ruling so schools could pay for computers or science equipment or allow athletes to get paid internships. But the NCAA worries universities could abuse the new rules, allowing wealthy donors to fuel bidding wars for players, as Michael Mitten explains.

"These would be provision of in-kind benefits over and above the full cost of attendance, scholarships and actual necessary and reasonable educational expenses. And the NCAA's argument is that, well, then this is really becoming a type of pay for play."

During oral arguments, justices voiced their concern over the NCAA’s amateurism argument.

"It does seem...that schools are conspiring with competitors...to pay no salaries to the workers for making the school billions of dollars on the theory that the consumers want the schools to pay their workers nothing," said Supreme Court Justice Brett Kavanaugh.

But they worry future litigation that could extend those benefits and blur the lines between professional and amateur sports as well as the court's involvement in college sports.

"I worry a lot about judges getting into the business of deciding how amateur sports should be run. And I think of ways around that.," said Supreme Court Justice Stephen Breyer.

This Supreme Court case is separate from a discussion in Congress--about whether college athletes can make money off their name image and likeness. But together they are part of a broader discussion about college athletes’ rights.

"There are some pretty significant changes that are coming to college sports and we will probably start to see them with the next academic year in the fall," Mitten said.

"What will be the institution is driving the change? The NCAA has had multiple opportunities to do so and has chosen effectively not to do so. There will be change is just a question of who is going to be the driving force," Drew said.