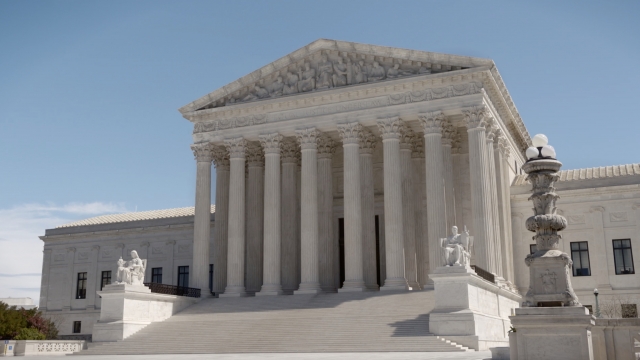 The Supreme Court spent over three hours hearing arguments Tuesday that could have serious implications for the 2020 presidential election.

All three cases center on President Trump’s efforts to block the release of personal and business tax records from before he took office. And one case is linked to New York’s investigation of hush money payments made by the Trump Organization.

The core question: Is a president immune from investigations while in office?

The first two cases link back to congressional subpoenas for President Trump’s financial records from the House Oversight, Intelligence and Financial Services committees. President Trump's legal team argued the subpoenas exceed the House's constitutional authority and are a burden on the president.

"Once the House has this weapon, it will harm and undermine the presidency of the United States — not just this president, the institution of the presidency going forward," said Jeffery Wall, U.S. principal deputy solicitor general.

The lawyer for the House stressed the subpoenas issued to Mazars, Deutsche Bank and Capital One are related to potential legislation. He also pushed back on the argument that the requests inhibit President Trump's ability to do his job.

The third case stems from a New York County investigation into payments made to Stormy Daniels. President Trump's personal attorney Jay Sekulow said the president is immune from criminal subpoenas while he's in office. But the justices seemed unmoved by that argument.

"It seems that you're asking for a broadness of immunity that Justice Thomas pointed out is nowhere in the Constitution. And in fact the Constitution protects against presidential interference with state criminal proceedings," said Justice Sonia Sotomayor.

All the lower courts ruled against President Trump and said the subpoenas should be enforced. A Supreme Court decision in all three cases will come sometime before the current term ends in late June.