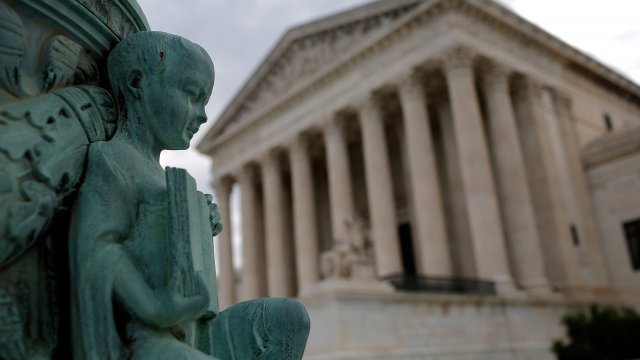 The Supreme Court is not in a hurry to hear arguments about the fate of the Deferred Action for Childhood Arrivals program.

On Monday, the high court rejected a request from the Trump administration for expedited consideration of a case stemming from the 4th Circuit Court of Appeals.

In a May 17 ruling, that appeals court called the Trump administration's ending of the DACA program unlawful. The White House wants that ruling overturned, and it filed a petition for the Supreme Court to hear the case.

Typically, there will be weeks or months between when a petition is filed and when the justices decide whether or not to hear arguments. The White House effectively wanted to speed up that timeline and asked the justices to decide on this particular DACA case before the current term ends in June.

But this is just one of four DACA cases the Supreme Court is considering. The Trump administration has appealed three other rulings to the high court. The justices have had all the paperwork for those cases since January, but they've yet to decide whether or not to hear them.

If the justices decide to hear arguments in any or all of the three older cases, the earliest that could happen is October. Until then, lower court rulings that blocked the Trump administration from ending the DACA program remain in effect.