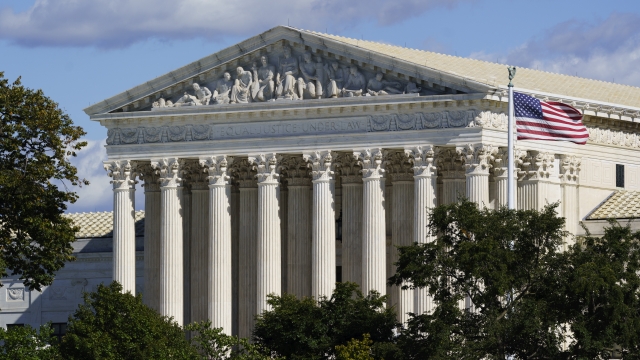 The Supreme Court could rule as early as Thursday on a Justice Department request to block a controversial Texas abortion law.

It's asking justices to reinstate a district court judge's ruling that temporarily blocked the law. That ruling was overturned by an appeals court. The high court ordered Texas to respond by Thursday.

Earlier this month, the Biden administration filed a lawsuit against Texas, arguing the law is in "defiance of the Constitution."

The law is the most restrictive in the country and bans abortions after cardiac activity is detected. That's usually around six weeks, before many women know they're pregnant.

A conservative-leaning Supreme Court allowed the law to go into effect in September as part of a different legal challenge by abortion providers.