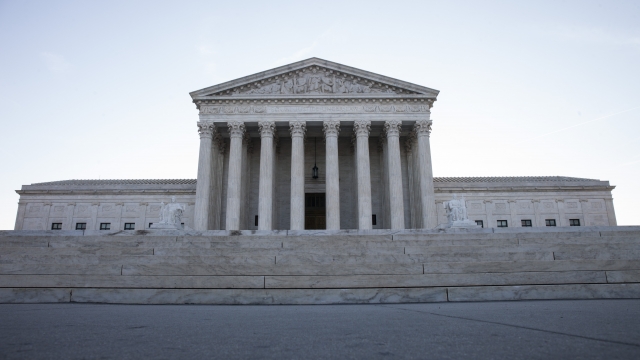 SMS
Supreme Court Votes 5-4 To Block Louisiana Abortion Law For Now
By Katherine Biek
By Katherine Biek
February 8, 2019
The law would have required doctors performing abortions to have admitting privileges at hospitals near their clinics.
SHOW TRANSCRIPT

The U.S. Supreme Court has blocked a Louisiana abortion law from going into effect for now.

Louisiana's Unsafe Abortion Protection Act was passed back in 2014, but it's never been enforced. It requires doctors performing abortions to have admitting privileges at a hospital within 30 miles of their clinics.

The state says the law would protect both women and the unborn child, but critics say it'll significantly reduce the number of providers in the state.

Chief Justice John Roberts joined with the court's four liberals to block the law from going into effect on Friday. The Louisiana legislation was almost identical to a Texas abortion law the Supreme Court struck down as unconstitutional in 2016.

In his dissenting opinion released Thursday, Justice Brett Kavanaugh touched on how "competing predictions" have been offered by the parties on whether several doctors could obtain admitting privileges.  Kavanaugh said those doctors could've used a 45-day transition period before the law went into effect to attempt to get those privileges and if they weren't successful, the plaintiffs could file a motion and have the court revisit the issue.

Since the Supreme Court's stay is only temporary, The New York Times says it's likely the justices will hear arguments on the law's merits this fall.