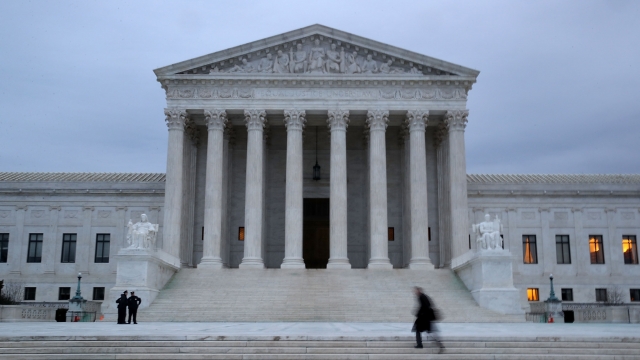 SMS
Supreme Court Blocks DOJ From Resuming Federal Executions
By Alec Larson
By Alec Larson
December 7, 2019
Federal executions have been on hold for the 16 years and face new challenges over the government's proposed method for lethal injection.
SHOW TRANSCRIPT

The Supreme Court has blocked the Trump administration from resuming federal executions next week following a 16-year break.

In an unsigned opinion, the court denied the administration's plea to set aside a lower court opinion in favor of five inmates facing execution. The executions were temporarily halted after they argued that the government's new lethal injection protocol was unlawful under the Federal Death Penalty Act.

The ruling also argued that a delay wouldn't hurt the government, because it had waited many years to announce the new protocol.

The decision is a setback for the Trump administration. Attorney General William Barr previously announced this summer that the Justice Department would be ending a de-facto moratorium on the federal death penalty. The Bureau of Prisons also adopted a new lethal injection protocol that would use a single drug, pentobarbital, moving forward.

Federal executions are now expected to be put on hold for several months, while an appeals court in Washington undertakes a full review of the lower court's ruling.