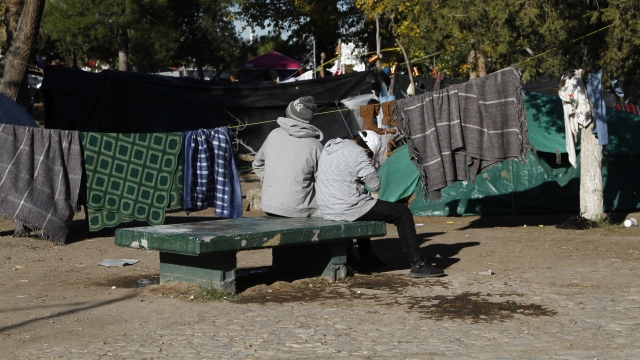 SMS
Supreme Court Allows 'Remain In Mexico' Policy To Stand
By Bailey Vogt
By Bailey Vogt
March 11, 2020
This overturns a lower court decision blocking the policy from being enforced in Arizona and California.
SHOW TRANSCRIPT

Justices overturned a lower court decision that found the policy was illegal and blocked it from being enforced in Arizona and California. Justice Sonia Sotomayor was the only dissenting vote.

The policy requires asylum-seekers to wait for their U.S. immigration hearings in Mexico.

Supporters of the policy say it lets the U.S. process more cases without detaining potential immigrants. But opponents have called it cruel and dangerous, since the people sent to Mexico under the policy often stay in tent cities that have been targets for kidnappings and violence.

The policy will remain in effect while other legal challenges play out in the courts.