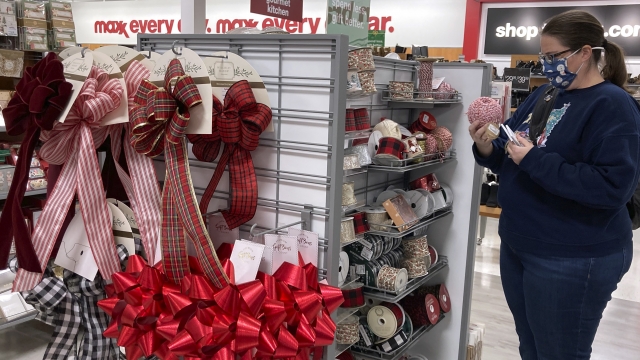 SMS
What To Do If Supply Chain Issues Are Derailing Your Holiday Shopping
By Tammy Estwick
By Tammy Estwick
December 16, 2021
Not only are the hottest toys hard to find, but supply chain and labor shortage issues are also throwing a kink in some holiday shopping plans.

Your Christmas shopping may be a little more difficult this year.

Not only are toys more expensive than ever, but both supply and labor shortages are souring the season.

But this Christmas, parents have some added troubles. Not only are the "it" toys hard to find, but supply chain issues are also throwing a kink in some holiday shopping plans.

"Fear of supply chain issues kind of fueled me to shop early. There are a few hot-ticket items that I'm not able to find," said Nashville Christmas shopper Catherine. "Other friends of mine had supply chain issues where they pre-ordered items and they were told they couldn't get it until the first of the year, so they just canceled the order and had to go a different route."

Another issue is the lack of actual toy stores that used to provide one-stop shopping, and some say layaway programs for toys are lacking. Catherine says she started shopping so early that now she notices what some are calling product scalping.

She spoke to Newsy about a squishy toy that her daughter was looking for. "I got it for less than $15 in the summer and now it's $50. So I mean, that's a pretty big jump."

Then there's always the online scammers trying to clean up. One Facebook poster sent Newsy messages between her and someone she says was trying to scam her out of money. The poster said the scammer reached out to her about buying a popular toy in the message. She says she can't pay $95 for a $55 toy. When she didn't go for it, the poster said the scammer tried to guilt her into the purchase saying you won't find them for the rest of the year.

You don't have to put up with this, consumer shopping experts say. Be patient and keep checking stores. Also think about alternatives, and try not to use the brand name of the product that the kids may want.

Mental health expert Dr. Judy Ho suggests using the season as a learning lesson. "Sit down and explain to the kids that despite your best efforts, you were not able to get them this toy, that it was nothing that they did, but in the meantime, they're going to have to wait a little longer. Have them pick out an alternate toy until they get that one of their choice."