The Field Museum Is Giving Sue The T. Rex Her Own Room 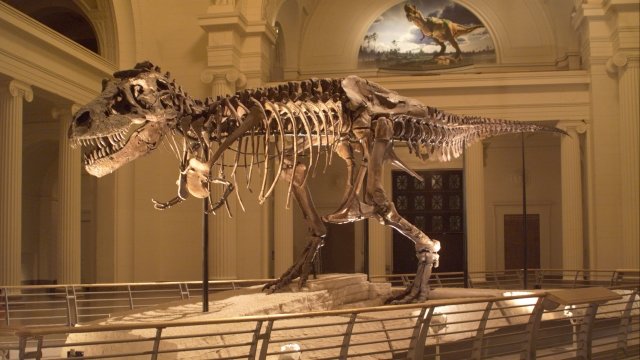 SMS
The Field Museum Is Giving Sue The T. Rex Her Own Room

By Casey Mendoza
August 30, 2017
A cast of the largest known land animal, the titanosaur, will be taking Sue's place in Stanley Field Hall.
SHOW TRANSCRIPT

After spending 17 years welcoming people into Chicago's Field Museum, Sue the T. rex skeleton is moving to a new home.

The museum announced the move on Wednesday. Sue will be dismantled in February, and then she'll get an exhibit all to herself. A cast of the newly discovered titanosaur — the largest land animal ever found — will take her place in Stanley Field Hall.

Now, it may seem like Sue is just getting replaced by a newer, bigger, higher-profile dinosaur, but the T. rex skeleton is also getting a bit of a makeover. 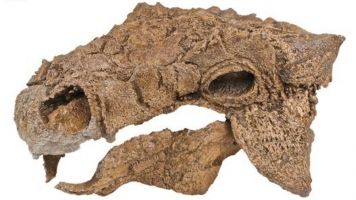 In light of new discoveries regarding the dinosaur's skeleton, Sue's arms will be repositioned, and her belly will get a few more bones. Sue's new exhibit will also put the T. rex in her natural habitat, complete with the animals and plants that lived alongside her.

And Sue is worth that extra love and care. As the largest and most complete T. rex skeleton ever found, she was originally bought for almost $8 million — a big price tag that blew up the market for dinosaur bones. And it was worth it. In her first year on display, the Field Museum was visited by 2.4 million people.

Since then, Sue has also inspired children's books, a traveling exhibition and a documentary.

The opening of Sue's new exhibit and the arrival of the titanosaur skeleton will coincide with the Field Museum's 125th anniversary next year.