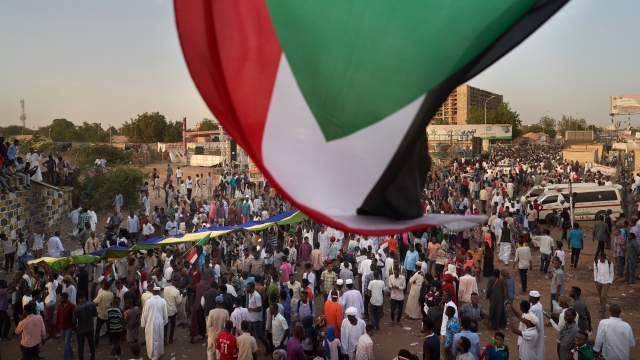 Sudan's government will transition to a fully civilian administration after a three-year period.

A Sudanese military spokesman announced an agreement between the military and civilian protest leaders Wednesday. The details of the transitional government still aren't really clear. But we do know an all-civilian 300-member legislative body will be created, and the first priority is negotiating peace agreements with rebel groups.

The deal follows weeks of talks and protests.

Those protests first started in December after the government cut subsidies on fuel, bread and other staples. They quickly escalated into calls for Sudan's long-time president, Omar al-Bashir, to step down. Dozens of people died in the protests.

In April, Bashir was ousted in a military coup, which then took control of the government, promising to hand it over to civilians.

Protesters have camped outside the gates of the military headquarters since Bashir's ousting.

The final deal between Sudanese military and civilian protest leaders is set to be inked within 24 hours.