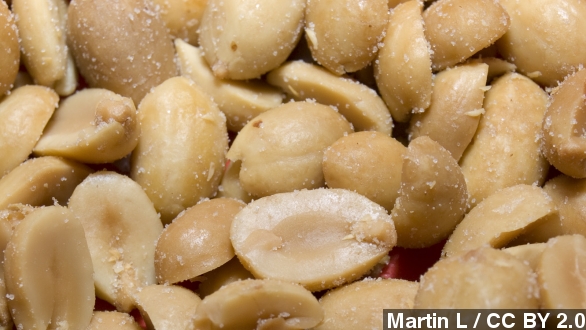 Long, long ago, in the year 2000, the American Academy of Pediatrics told parents to keep their kids away from these little buggers: peanuts.

But that was then; this is now. Welcome to 2015. Now, the nutshell is getting cracked in the other direction.

The randomized trial was published in The New England Journal of Medicine, which first notes that in the past 10 years, peanut allergies in children have doubled in Western countries.

The babies were randomly assigned into a group that ate peanuts or didn't. They continued to be fed peanuts until they were 5 years old.

The BBC says specialists think the findings could change diets but warned parents not to experiment at home.

The U.S. Food and Drug Administration recognizes peanuts as one of the top eight most common allergic foods. It's classified as a "major food allergen."