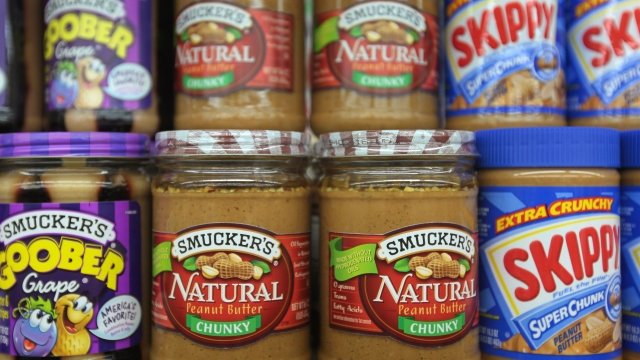 A study published in the New England Journal of Medicine used oral immunotherapy to try to improve allergy sufferers' reaction to peanuts.

Researchers exposed more than 500 young people with peanut allergies to a drug called AR101, which is essentially small doses of peanut powder, over a period of several months. They slowly increased the amounts in order to build up tolerance.

At the end of that time frame, two-thirds of the kids were able to eat the equivalent of two peanuts without allergic symptoms.

The findings show that this type of treatment may be able to help protect against accidental exposure to peanuts or peanut products.

The study's lead author points out that while AR101 isn't a cure, it appears to be a step in the right direction for the increasing number American children reporting a peanut allergy.

If approved by the FDA, this would be the first drug of its kind, and could be on the market as soon as the end of 2019.