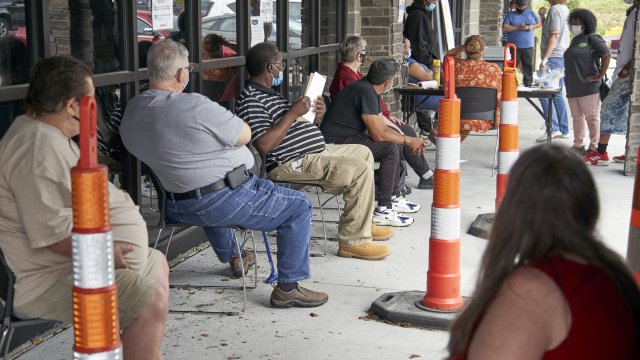 SMS
Study Says 12 Million To Lose Unemployment Aid on Dec. 26
By Newsy Staff
By Newsy Staff
November 18, 2020
The Century Foundation says lack of relief aid extension by Congress means "a crippling end to one of our darkest years" for millions of Americans.
SHOW TRANSCRIPT

The Century Foundation says aid for over 7 million gig and self-employed workers will expire.

As will benefits for over 4.5 million people getting extended unemployment insurance — after exhausting regular benefits.

The eviction moratorium, student loan forgiveness, and other protections also expire at the end of year.

In Wisconsin alone, 94,000 people are waiting on money that hasn't showed up.

Newsy's sister station in Milwaukee, WTMJ, spoke to more than 80 people who went months without seeing a dime.

Without a federal extension of aid, "It will be a crippling end to one of our darkest years," the study's co-author Andrew Stettner told the Hill.