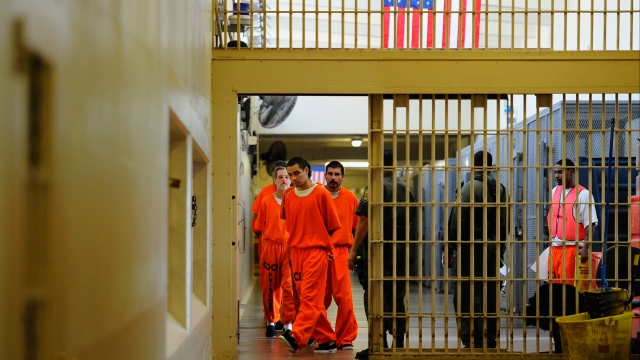 SMS
Study: Changing Drug Policies Curb Racial Disparities In State Prisons
By Peter Hecht
By Peter Hecht
December 4, 2019
In 2000, African Americans were 8.3 times more likely than whites to be locked up in state prisons. The racial disparity dropped to 5.1 to 1 by 2016.
SHOW TRANSCRIPT

That's according to the non-partisan Council on Criminal Justice policy group. Its research of prison population trends between 2000 and 2016 showed that the gap between the number of black inmates and white inmates shrank by 38.5%.

In fact, the number of African American males in state prisons dropped by 48,000 people, while the population of white male inmates increased by 59,000.

Overwhelmingly, the study authors say, the differences are because fewer African Americans — as well as Latinos — are being targeted for drug offenses. Many criminal justice and drug policy advocates have long blamed disproportionate policing of narcotics violations, from marijuana to crack cocaine, for racial disparities in prisons.

Adam Gelb is president and chief executive of the Council on Criminal Justice, which was founded in July to analyze challenges in the criminal justice system. Gelb said evolving drug enforcement started to reduce those disparities, even before many states embraced marijuana legalization.

Gelb said: “It’s clear that somewhere along the way, societal attitudes toward drugs and drug enforcement started to change.” He says racial disparities in prison populations remains a serious issue, but "it turns out, it's a bad problem that is getting a little better."

The report also noted that violent crime rates among African Americans dropped by an average of 2% a year between 2000 and 2016. That was double the decline in violent offenses for whites.