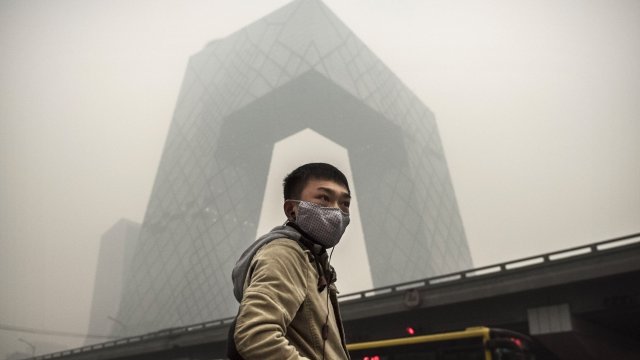 SMS
Study Links Air Pollution To Higher Risk Of Dementia
By Audrey Esther
By Audrey Esther
September 19, 2018
According to the World Health Organization, about 50 million people have dementia and it's the seventh leading cause of death in the world.
SHOW TRANSCRIPT

You don't have to be a scientist to know polluted air is probably bad for your health. But a new study suggests it may also be bad for your brain.

Researchers found residents of London's most polluted areas were 40 percent more likely to be diagnosed with dementia. More specifically, they found the higher the levels of nitrogen dioxide and toxic air particles people were exposed to, the more likely they were to develop dementia. They say noise pollution may also be a contributing factor.

The study's authors admit their research has some limitations, including that the electronic health records they analyzed may not be accurate. Also, they only looked at London, and more studies are needed to determine causation.

According to the World Health Organization, about 50 million people have dementia, and it's the seventh leading cause of death in the world.

Additional content for the story provided by Newsy affiliate CNN.