Study: Gun Injuries Are The Second-Leading Killer Of US Children 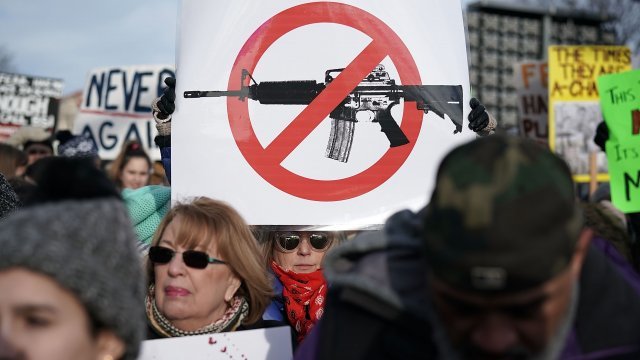 SMS
Study: Gun Injuries Are The Second-Leading Killer Of US Children
By Nnamdi Egwuonwu
By Nnamdi Egwuonwu
December 19, 2018
Only car crashes killed more children than gun injuries in 2017, according to a new study.
SHOW TRANSCRIPT

More kids in the U.S. die from firearm-related injuries than from cancer or drowning, according to a New England Journal of Medicine study.

The study found that of the 20,000 U.S. kids who died last year, more than 3,100 died from gun injuries. That makes guns the second-leading cause of child deaths behind car crashes, which accounted for about 4,000.

The study also found kids are more than 36 times more likely to die of gun-related injuries in the U.S. than in any other developed nation.

The executive editor of the New England Journal of Medicine says the data highlights the high overall death rate among U.S. children, adding, "A child in the United States is 57 percent more likely to die by the age of 19 than those in other wealthy nations."

The reason behind the high gun death rate is unclear, but researchers noted the U.S. has more guns than other countries. And, they said, one in three U.S. homes with children under the age of 18 also have firearms.