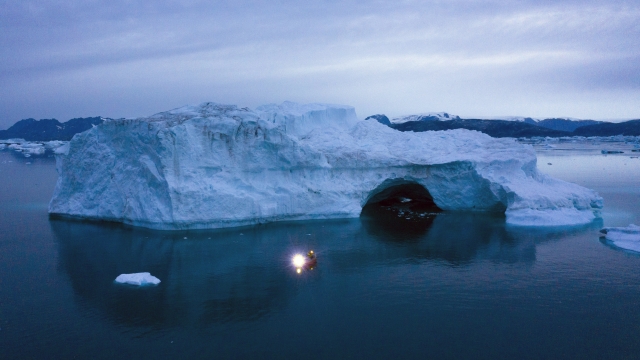 SMS
Study: Greenland's Ice Is Melting Faster Than Previously Thought
By Newsy Staff
By Newsy Staff
February 27, 2022
Some parts of the Greenland ice sheet are melting at rates up to 5 or 6 centimeters a day.

Scientists with the University of Cambridge say new research shows the ice sheet covering Greenland is melting rapidly at its base.

The Greenland ice sheet is the second largest in the world, and some parts are losing 5 or 6 centimeters of ice a day.

It is already the biggest single contributor to global sea level rise.

Scientists say the water and ice currently going into the ocean could have serious ramifications for the sea level.