Scientists Just Realized There's More Than One Kind Of Giraffe 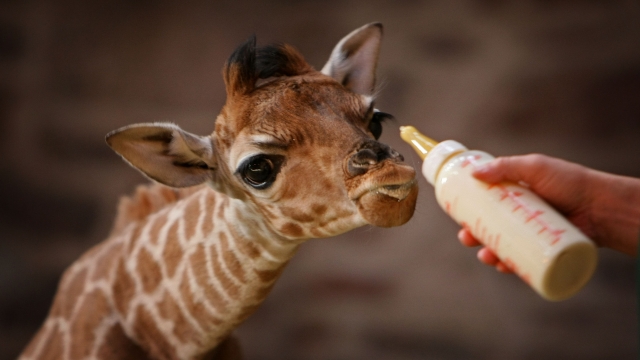 You probably think you know everything you need to know about giraffes. They have long necks, live in Africa, eat leaves and that's it.

But you probably didn't know there are four different kinds of giraffes. You didn't know that because scientists just found out themselves.

A new study published in the journal Current Biology says the different giraffes should be considered different species because of their genetic diversity and the fact that the species don't interbreed in the wild.

Now, we have the northern giraffe, the southern giraffe, the Masai giraffe and the reticulated giraffe. There are a few differences in the appearance of these giraffes, but they're still pretty similar looking.

Study co-author Dr. Axel Janke guessed that no one noticed the differences until now because giraffes just don't get as much attention as other animals, like lions and elephants.

The distinction may seem like splitting hairs, but it could be important for the survival of all four species. The giraffe population has dwindled from 150,000 to 90,000 over the past three decades.

But when you look at the population of each individual species, the numbers become a lot more concerning.

Janke told The New York Times: "These 90,000, split up over four species, makes it immediately clear that the giraffes are threatened. You see immediately there is urgent need for protection."