Those Little Contact Lenses Are Creating A Big Problem 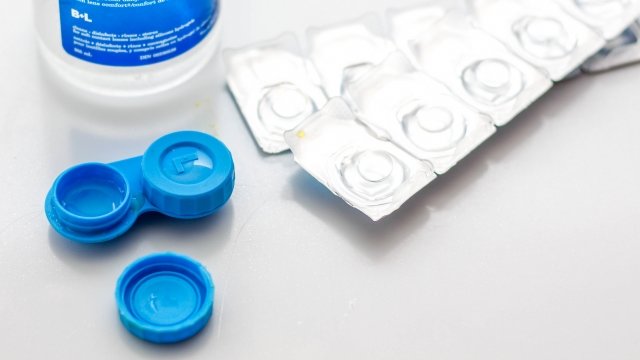 SMS
Those Little Contact Lenses Are Creating A Big Problem
By Caitlin Baldwin
By Caitlin Baldwin
August 22, 2018
A new study says people flushing contacts down the toilet or sink lead to about 20 metric tons of pollution a year.
SHOW TRANSCRIPT

A group of scientists are pleading to people who wear contact lenses: Stop flushing used contacts down the drain.

A report by Arizona State University claims those little plastic lenses are contributing to big pollution — about 20 metric tons a year, to be exact.

According to the CDC, 45 million people are estimated to wear contacts in the U.S.

And researchers found up to 20 percent of contact wearers are flushing them down the sink or toilet.

The lenses then break down into "smaller plastic particles" called microplastics and end up in our wastewater treatment plants.

Scientists say the long-term solution is for companies to create lenses that are more biodegradable.

But for now, they say there's an easy fix: Just throw away your contacts instead.

We should note that, as CNN points out, the study hasn't been peer reviewed or published in a scientific journal yet.