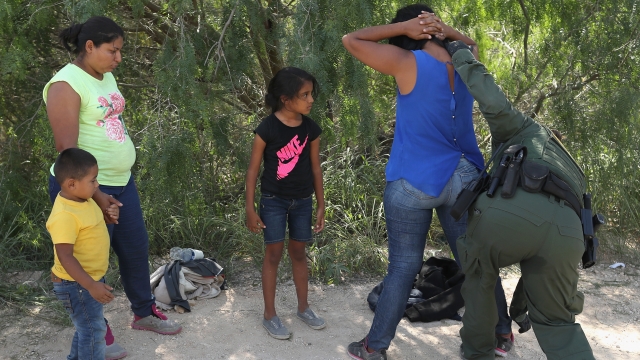 Migrant children and parents separated at the U.S. southern border are facing profound trauma long after being reunited. That's according to a physicians group, which examined nine children and 17 parents who were divided under the Trump administration's immigration policy.

In a report released Tuesday, medical and mental health professionals with the group Physicians for Human Rights said they found that all the children and all but two of the adults suffered from post-traumatic stress disorder and other long-term psychological harm.

More than 5,500 children have been separated from their families at the U.S.-Mexico border since July, 2017, according to government figures obtained by the American Civil Liberties Union. The ACLU reports that number includes some 1,100 family separations since June, 2018, despite a court order to stop the practice.

In 2018, then-attorney general Jeff Sessions described the Trump administration's view this way: "If you are smuggling a child then we will prosecute you, and that child will be separated from you as required by law."

The migrant parents and children evaluated by Physicians for Human Rights had fled Central America in hopes of seeking asylum in the U.S. The group concluded the psychological pain inflicted under the separation policy amounted to torture.

Dr. Ranit Mishori, the group's senior medical adviser and co-author of the report, said in a statement: "The cases of family separation PHR documented represent a form of torture by the U.S. government. Even when evaluated by medical professionals a year after being reunited with their families, these kids and parents still exhibit signs of compound trauma, including PTSD, depression, and anxiety.”

The adults and children in the study were interviewed by 20 clinicians, including psychiatrists, psychologists and pediatricians. The report said symptoms included nightmares, frequent crying and confusion, depression and physical symptoms of "panic and despair."

Correction: A previous version of this story misidentified Dr. Ranit Mishori. This is the updated version.