Scientists Say Too Many Sea Turtles Are Born Female — Here's Why 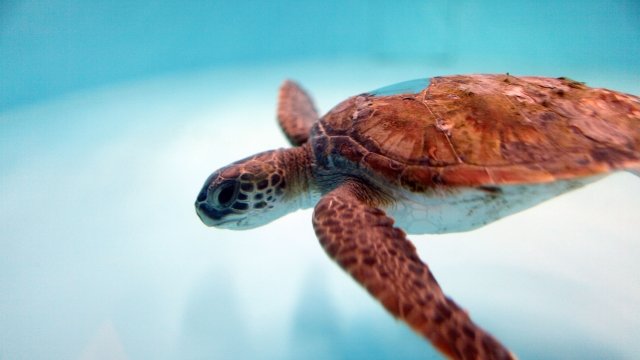 Climate change is warming the ocean, and scientists say that could lead to the complete feminization of some sea turtle populations.

Researchers from the U.S. and Australian governments found out that sea turtles mating in the northern Great Barrier Reef were producing about 99 percent female offspring. They say the complete feminization of that population is possible.

A sea turtle's sex isn't determined by genetics like a human's. Instead, the water temperature around the embryo decides that. If the temperature gets above a certain point, the baby sea turtle will be female.

Climate change is causing some of the world's reefs to die out, but researchers think they've found a way to regrow that coral.

The study found that the southern part of the Great Barrier Reef, where the water is cooler, produced a more balanced percentage: somewhere around 65 percent female, depending on the age group.

The study mentions climate change as the culprit and says nesting temperatures for sea turtles has to be lowered or the species could eventually go extinct.