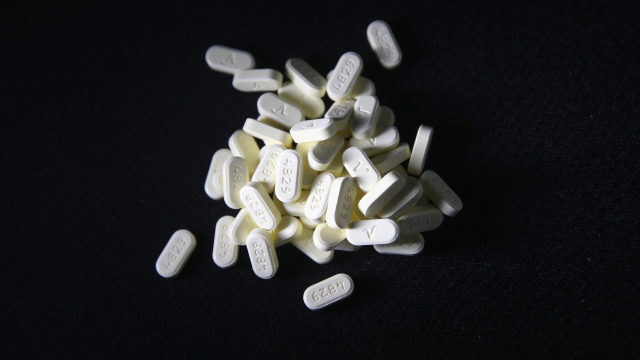 SMS
You May Have A Higher Chance Of Dying Of An Opioid OD Than A Car Crash
By Cristina Mutchler
By Cristina Mutchler
January 14, 2019
A new report from the National Safety Council found that Americans have a 1 in 96 chance of dying from an opioid overdose.
SHOW TRANSCRIPT

For the first time on record, you now have a better chance of dying from an accidental opioid overdose than in a car accident.

That's according to a new report from the National Safety Council.

The lifetime odds of dying in a car accident is one in 103, while dying from an opioid overdose is now one in 96.

NSC researchers looked at preventable injury and fatality data from 2017.

They found that you're more likely to die from an overdose than in a fire, from drowning or from being shot.

It's important to note that the odds are based on U.S. population statistical averages and were formulated using the lifetime expectancy of a person born in 2017.

But the results are in line with recent data from the CDC, which estimates that there were around 63,000 overdose deaths in 2016, with fentanyl being the drug most frequently involved.

Another report illustrated that the U.S. had the highest rate of drug overdose deaths in 2015 compared to a group of other similarly-developed nations.

According to the NSC, the leading causes of death in the U.S. are heart disease and cancer, with 1 in 6 and 1 in 7 chances, respectively.