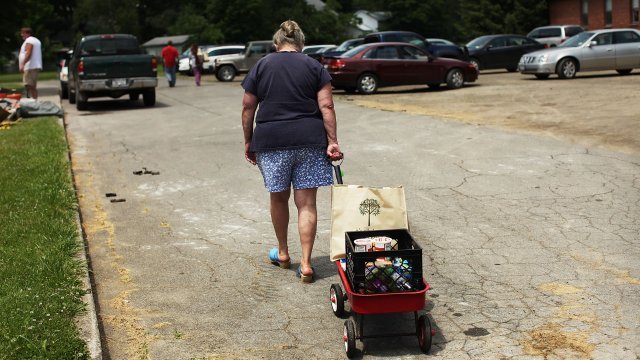 Forty-three percent of American households are unable to afford basics like housing, food, child care, health care, transportation and a cellphone in their monthly budgets. That's according to a new study by the United Way ALICE Project.

Close to 51 million households are included in that percentage. The widespread problem is occurring even as the U.S. saw its lowest unemployment rate since 2000 last month.

The U.S. has steadily added jobs to the workforce over the past seven years. But April's unemployment rate fell because hundreds of thousands of Americans stopped looking for jobs.