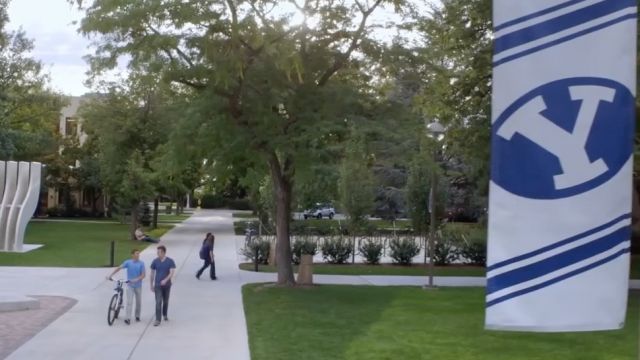 A student at Brigham Young University says the school is punishing her for reporting that she was raped.

The 20-year-old said in an online petition that BYU's honor code proceedings are revictimizing her after she reported that a 39-year-old man sexually assaulted her in 2015.

This student says fear of the code led her to wait four days before reporting the assault to police.

She says she never reported it to BYU but that the school sent her a notice saying the police report indicated she'd violated the honor code.

The student also says professors didn't accommodate her court appearances and that she's on academic hold, unable to withdraw from or register for classes pending an honor code review.

She says the review requires her to answer questions about the assault — but she's not supposed to talk about her case until after trial.

She has also filed a complaint with the U.S. Department of Education saying BYU violated Title IX laws about gender equity.

BYU President Kevin J. Worthen says the school is launching a study to improve its response to sexual assaults while honoring both Title IX and the honor code.

"Sometimes the fear of what's going to happen may keep them from coming in. There is that tension. ... What we want to do is minimize that as much as possible." he says.

A 2011 letter from the Department of Education to schools reads: "Schools should be aware that victims or third parties may be deterred from reporting incidents if alcohol, drugs, or other violations of school or campus rules were involved. ... Schools should consider whether their disciplinary policies have a chilling effect on victims' or other students' reporting of sexual violence offenses."

The BYU student's online petition, which has over 100,000 supporters, calls for the university to create an "immunity clause" so others aren't afraid to report sexual violence.

This video includes clips from Brigham Young University and KUTV and images from Getty Images and Ellen Forsyth / CC BY SA 2.0.