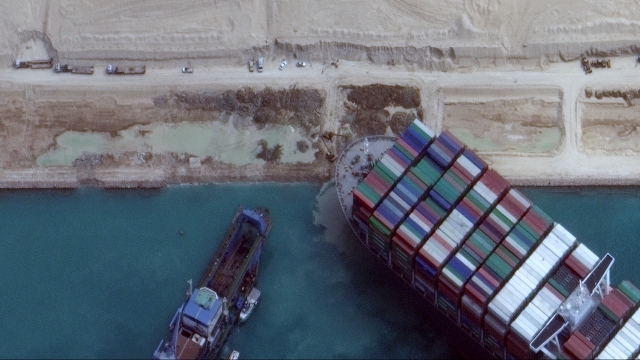 The Suez Canal Authority says the large container ship that's been blocking traffic since Tuesday has been "partially refloated."

Rescue teams used tugboats to help dislodge the Ever Given, boosting hopes that activity could possibly resume soon.

The obstruction has disrupted the global supply chain, holding up billions of dollars every day.

Egypt, which owns and operates the canal, has reportedly lost millions of dollars in revenue due to the stoppage in traffic.