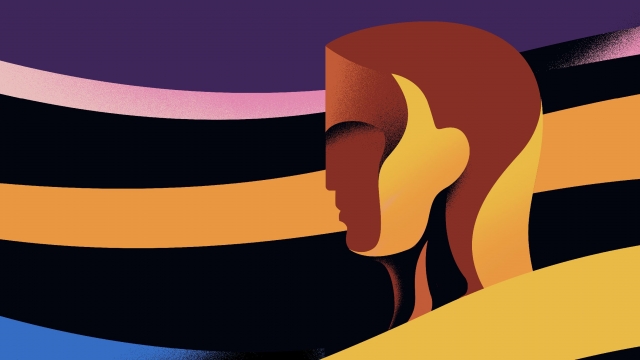 SMS
Streaming Brings Less 'Huh?' and More 'Seen It' To Oscars This Year
By Casey Mendoza
By Casey Mendoza
April 22, 2021
Fandango survey finds that more people watched Oscar-nominated films this year, but still want to go back to the movie theaters.
SHOW TRANSCRIPT

The loss of movie theaters over the past year has pushed Oscar-nominated films to the small screen. This year, the Academy for Motion Picture Arts and Sciences allowed films to skip theatrical screenings — but are viewers actually watching them from home?

Nikki Novak, Fandango correspondent: "There is more streaming this year, people are staying at home, as well as the fact that the Oscars are later this year. So, they've had a little bit more time to watch more of them."

Fandango polled more than 1,400 people planning to watch this year's Academy Awards. And more than 70% said they've watched more Oscar-nominated films this year than in the past.

Novak: "Over 90% of the people we polled said that they have watched one or more of the nominated films, which is a huge statistic."

Streaming platforms like Netflix, Hulu and HBO Max make it a lot easier. And with 35 nominations for 16 films — the most out of any studio or distributor — Netflix is a big winner already.

But it's not all due to the pandemic. Netflix's lineup of Oscar-nominated films has surged in the past couple years. The platform garnered its first nomination in 2014 for "The Square." And then just six years later, Netflix dominated the 2020 Academy Awards with 24 nominations. It was the first time the company earned more than other studios or distributors.

Despite the success of Netflix and streaming films at home, audiences are excited to go back to movie theaters. Over 80% of the people polled by Fandango said they miss seeing nominated films on the big screen.

One person even told AP: "The rising dominance of the streaming services has taken the gloss off the Oscars for me. You just don't get the same warm fuzzy feeling from when you recognize a movie from the silver screen."

Novak: "As the time has gone on over the past year, I think we all miss that feeling … and I just think that's the way so many of these movies were meant to be seen."