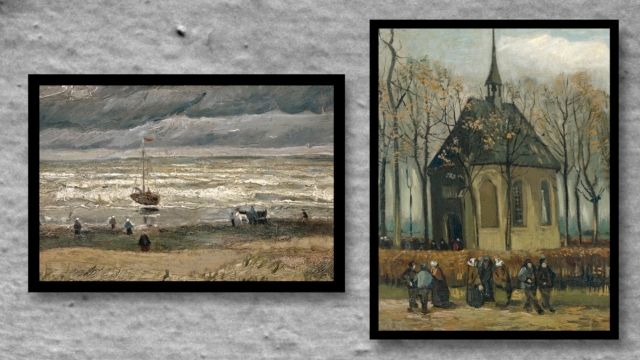 Police announced Friday they had recovered the paintings in Italy nearly 14 years after they were stolen from the Van Gogh Museum in Amsterdam.

In a news release obtained by The New York Times, the Italian prosecutors' office said the two pieces were found during an investigation into a group linked to the Italian mafia.

In December 2002, thieves broke into the museum from the roof and took the paintings. Two men were charged with the crime.

In 2005, when the paintings were still missing, the FBI valued them at $30 million.

It's unclear when the two works will be returned to the Netherlands, but the Van Gogh Museum is thrilled that they've finally been located in fairly good condition.

The museum's director said in a statement: "The paintings have been found! That I would be able to ever pronounce these words is something I had no longer dared to hope for."

It's extremely rare for valuable stolen art to be recovered. Only about 5 percent make it back to the rightful owners.