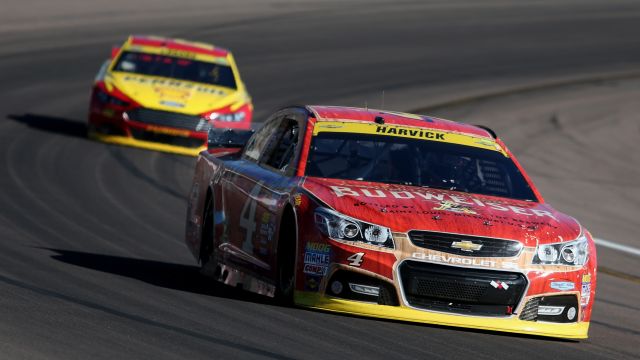 SMS
Stewart-Haas Racing Shocks NASCAR, Switches From Chevrolet To Ford
By Matt Moreno
By Matt Moreno
February 24, 2016
SHR has had a close relationship with Chevrolet since the beginning, but the team will switch to a struggling Ford in 2017.
SHOW TRANSCRIPT

In a surprising move for one of NASCAR's most recognizable teams, Stewart-Haas Racing is leaving Chevrolet for Ford.

SHR includes Tony Stewart, Kurt Busch, Kevin Harvick and Danica Patrick. The group has had a close relationship with Chevrolet for several years now. SHR has won two of the past five Sprint Cup championships.

It was a sudden change for the successful group, which is why many in the NASCAR world were shocked by the turn of events.

Stewart said in a statement, "Ford allows us to strengthen our position in the sport and ensure the long-term stability and success."

Ford has struggled lately, though, with Team Penske being the only productive team.

Fox Sports writes, "It was clear Ford needed to make a bold move. ... Starting next year, Ford will have a championship-caliber team to go with its existing partners."

For the 2017 season, SHR will also transfer over to using Roush Yates Engines, Ford's technical partner for race engines.

This video includes clips from Chevrolet and Ford, and images from Getty Images.