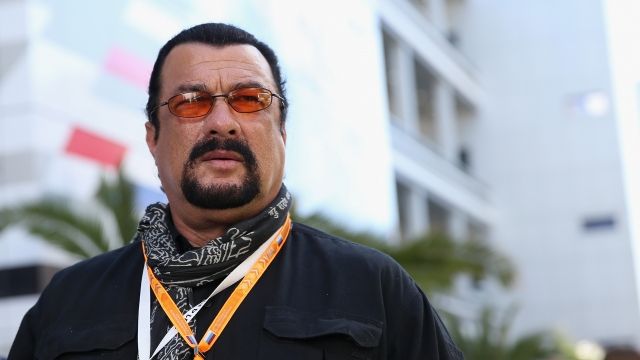 Gaining citizenship to another country can be a difficult process, filled with lots of paperwork and months of waiting. Or you can make a bunch of straight-to-DVD action flicks.

Movie star Steven Seagal is now a Russian citizen, thanks to an executive order from Russian President Vladimir Putin — seriously.

Seagal really likes Putin — almost as much as he likes making movies with "kill" or "dead" in the title. The master martial artist says Putin is "one of the greatest world leaders." Seagal even wanted to serve as an envoy between Moscow and the U.S., but the White House wasn't interested.

It's obviously a bit awkward for an American to be so obviously cozy with the Kremlin, but Seagal insists his main ambition is "to bring all people together — to live in harmony."