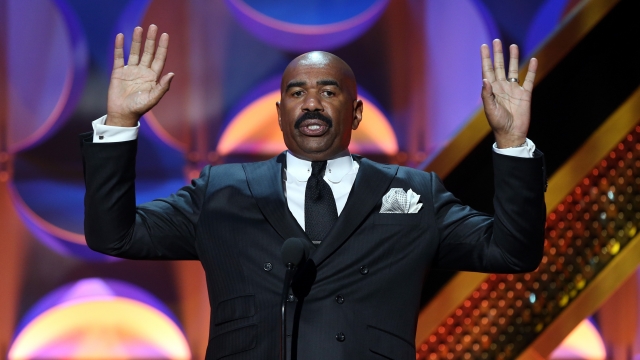 SMS
Family Feud? Steve Harvey Could Go To Trial Against Former Colleague
By Newsy Staff
By Newsy Staff
August 29, 2016
The talk-show host is in an argument over who owns the rights to some footage shot in 1993.
SHOW TRANSCRIPT

Steve Harvey — a king of comedy and daytime television — is known to laugh off the awkward moments.

But now the TV host is in an awkward argument with an old colleague, and it could be heading to trial.

According to The Hollywood Reporter, the comedian is in a dispute with former videographer Joseph Cooper. The two are in a spat over who owns rights to about 120 hours of footage that Cooper shot in 1993 at Harvey's Dallas club.

Cooper claims ownership of the footage, and Harvey claims the material was shot for internal use only. Harvey also said Cooper has been trying to extort him by revealing to others there may be embarrassing footage on the tapes.

The feud is all going down in a Texas federal court. The judge on the case told both sides to come up with a trial date.