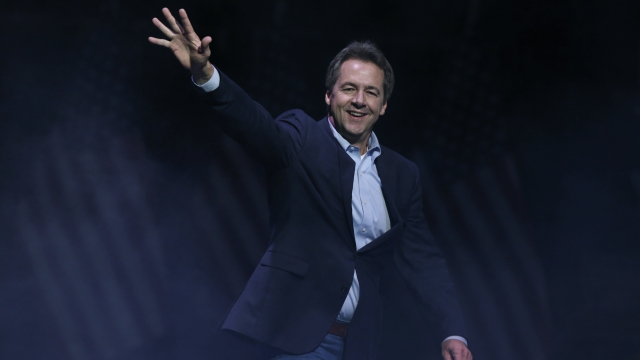 Montana Gov. Steve Bullock is running for the U.S. Senate, looking to unseat the GOP incumbent.

The Democrat announced on Twitter it was time to "make Washington work more like Montana" — declaring his bid to take on Republican Sen. Steve Daines on the last possible day to do so.

The decision is a change from the governor's Democratic presidential run — which he ended in December. Bullock said several times during that campaign he was not interested in joining the Senate.

Bullock's entrance could be good news for Senate Democrats, who need to flip four seats in November — without losing any they currently have — to gain control.

Bullock won his governor's race by four points the same night  President Trump carried his state by over 20 points in 2016. President Trump traveled to Montana in 2018 to help flip the state's other Senate seat for the Republicans. However, incumbent Democrat Sen. Jon Tester won re-election.

Bullock will face off against several primary challengers on June 2nd, including mayor of Helena Wilmot Collins.