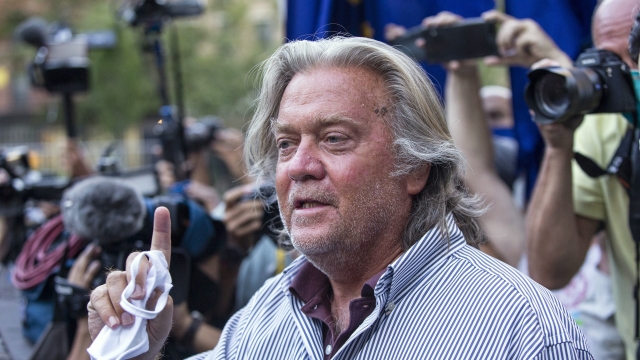 President Trump is using his final hours in office to grant clemency to more than 140 people, including former White House aide Steve Bannon.

Notably, President Trump did not move to pardon himself, his family, or Rudy Giuliani, his private lawyer.

Bannon, who co-founded the right-wing website Breitbart, helped craft the Trump campaign in 2016.

He was charged last year with swindling thousands of people out of money to pay for the president's border wall.

In a statement this morning, the White House called Bannon "an important leader in the conservative movement."