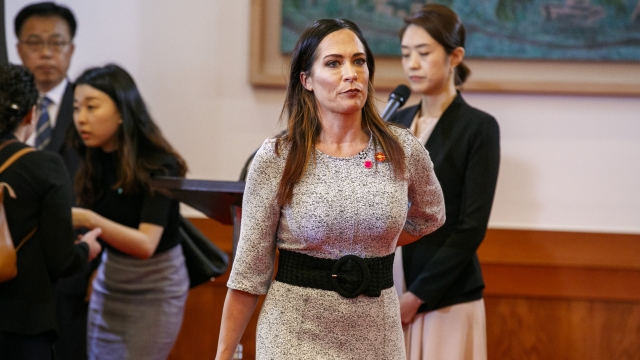 Stephanie Grisham is stepping down from her role as White House press secretary and rejoining First Lady Melania Trump's staff.

The White House announced the shake-up Tuesday — a week after Mark Meadows took over as the president's chief of staff.  Grisham will now serve as the first lady's chief of staff and spokesperson.

Melania Trump welcomed Grisham back to her team, saying in a statement, "She has been a mainstay and true leader in the Administration from even before day one, and I know she will excel as Chief of Staff."

Grisham was the first lady's communications director before she took over the role as President Trump's press secretary last summer.

During her tenure as the president's third press secretary, Grisham did not hold any traditional press briefings. She instead communicated with reporters through interviews, statements and social media.

CNN and The New York Times both report President Trump's campaign spokeswoman Kayleigh McEnany will now take over as his new press secretary.