White House Names Designated Survivor For State Of The Union 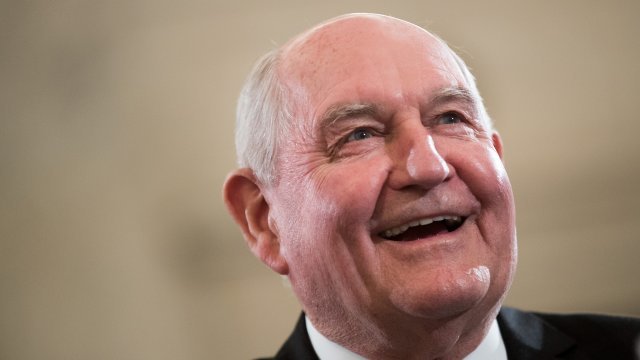 SMS
White House Names Designated Survivor For State Of The Union
By Gabrielle Ware
By Gabrielle Ware
January 30, 2018
He'll be taken to a safe and undisclosed location until the address is over.
SHOW TRANSCRIPT

The White House has announced that Secretary of Agriculture Sonny Perdue will be the designated survivor during the State of the Union address.

That means the former governor of Georgia will be sitting out the address in case a mass catastrophe takes out the government officials in attendance, leaving the U.S. without a commander in chief.

Instead, Perdue will be taken to secured undisclosed location until the address is over.

As Newsy has previously reported, the qualifications to be a designated survivor are the same as required to be president: You have to be a natural-born American citizen age 35 or older and have lived in the U.S. for at least 14 years.