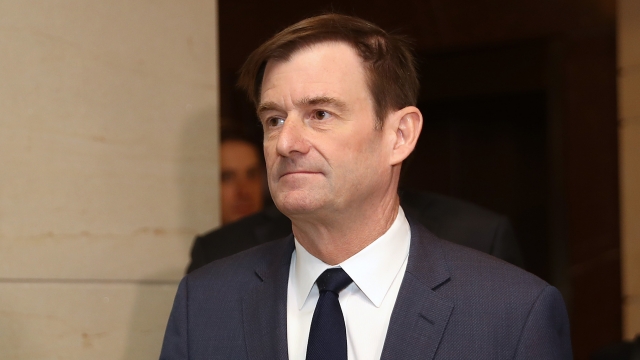 This is David Hale, the undersecretary of state for political affairs. He's one of eight people scheduled to publicly testify this week in the impeachment inquiry against President Donald Trump.

Hale spoke with lawmakers behind closed doors earlier this month. Neither his opening statement nor the transcript of his testimony has been released.

But he was expected to answer questions about former U.S. Ambassador to Ukraine Marie Yovanovitch, who says she was fired from her position at the direction of President Trump.

Unnamed sources told The Associated Press Hale planned to testify that Secretary of State Mike Pompeo and other senior officials were hesitant to publicly defend Yovanovitch before her ouster. They were reportedly worried doing so would hinder efforts to send U.S. military aid to Ukraine.

Hale was also expected to tell Congress that the State Department was nervous about how Rudy Giuliani would react, since the president's personal attorney reportedly pushed hard for Yovanovitch's dismissal.

Hale was confirmed as the undersecretary of state for political affairs last year. Before that, he served as the U.S. ambassador to three countries: Jordan, Lebanon and Pakistan. He's won multiple awards for his work, including the Distinguished Service Award from then-Secretary of State Hillary Clinton. He's a graduate of Georgetown University's School of Foreign Service.