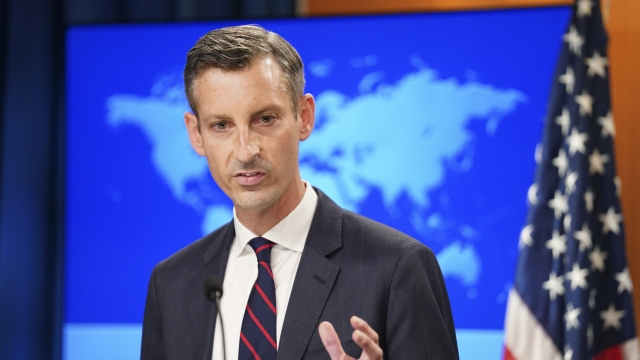 American officials, including the FBI, are working with Haitian authorities to try to secure the release of 17 members of a U.S.-based missionary group who were abducted by a violent gang.

Twelve adults and five children connected with the Ohio-based Christian Aid Ministries disappeared Saturday while on a trip to visit an orphanage near Port-au-Prince.

It was the largest reported kidnapping of its kind in recent years. Haitian gangs have grown more brazen amid ongoing political instability, a deepening economic crisis and a spike in violence that is driving more people to flee the country.

Haitian police told The Associated Press that the abduction was carried out by the 400 Mawozo gang, a group with a long record of killings, kidnappings and extortion.

The Western Hemisphere's poorest nation is again struggling with a spike in gang-related kidnappings that had diminished in recent months, after President Jovenel Moïse was fatally shot at his private residence on July 7 and a magnitude 7.2 earthquake killed more than 2,200 people in August.

State Department spokesperson Ned Price said U.S. Embassy staff in Haiti are in contact with Haitian police and they're working to get the victims home safely.

Amid the spike in kidnappings, gangs have demanded ransoms ranging from a couple hundred dollars to more than $1 million, sometimes killing those they have abducted, according to authorities.

At least 328 kidnappings were reported to Haiti's National Police in the first eight months of 2021, compared with a total of 234 for all of 2020, said a report last month by the United Nations Integrated Office in Haiti.

Gangs have been accused of kidnapping schoolchildren, doctors, police officers, busloads of passengers and others as they grow more powerful. In April, a man who claimed to be the leader of 400 Mawozo told a radio station that the gang was responsible for kidnapping five priests, two nuns and three relatives of one of the priests that month. They were later released.