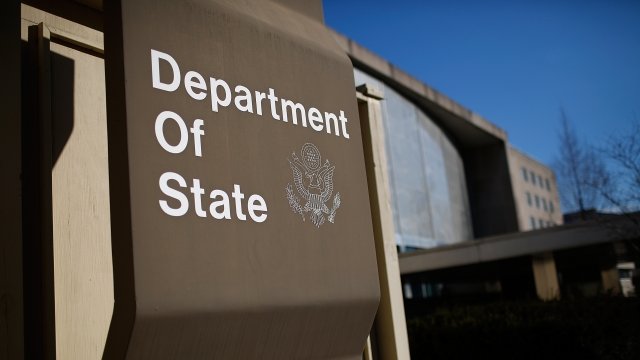 SMS
US Visa Applicants Could Soon Face Social Media Screening
By Ethan Weston
By Ethan Weston
March 31, 2018
The move would apply to almost all of the more than 10 million people applying for a U.S. visa in any given year.
SHOW TRANSCRIPT

Pretty soon, most visa applicants seeking entry to the U.S. may have to provide their social media usernames to officials — at least if the State Department gets its way.

The agency released the proposed rule change on Friday. Applicants would have to provide usernames to 20 social media platforms, including U.S.-based ones and some that are based abroad, like China's Sina Weibo and Russia's VK.

The change would affect most of the more than 10 million people a year who apply for visas to enter the U.S. for both business and pleasure. But there are some exemptions: Those applying for diplomatic and official visas will be able to avoid the requirement for the most part.

And people from the nearly 40 countries that the U.S. currently allows visa-free travel from — places like Andorra, Germany, Japan and Norway — will also be exempt.

The proposed rules won't go into effect right away. There's a 60-day period for public comment. That ends on May 29.