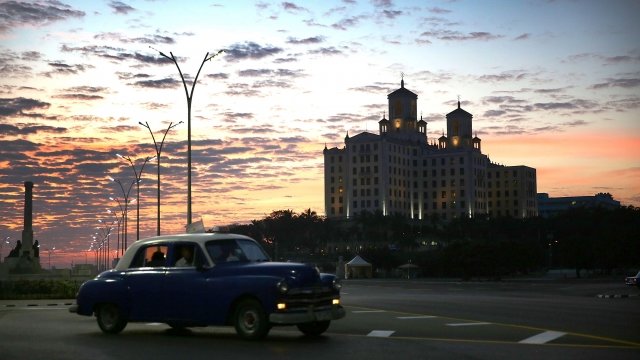 After originally advising American citizens to avoid Cuba, the State Department now says it's okay to visit the country, but travelers should still be careful.

Last September, the State Department suggested Americans not visit the country after U.S. diplomats reported being the victims of mysterious "sonic attacks."

U.S. officials alleged that several diplomatic staff in Havana who fell ill between November of 2016 and August of 2017 were actually targeted by the Cuban Government. Scientists have since questioned the feasibility of such attacks.

That followed the Obama administrations concerted efforts to re-establish diplomatic relations with Cuba, including re-opening the American embassy on the island in 2015.

After taking office, President Donald Trump cut off leisure travel to Cuba and put restrictions on American business dealings there.