State Department Decides To Investigate Edited Video After All 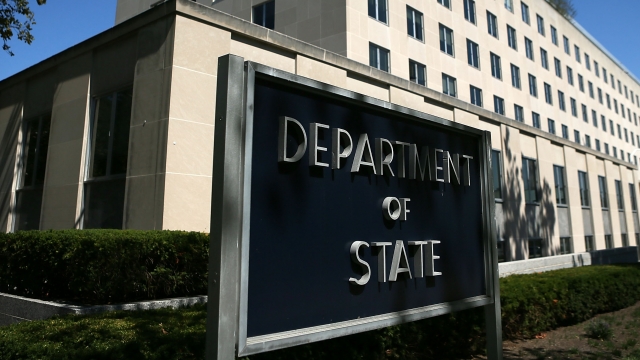 This comes just a week after the department said the investigation had exhausted all efforts.

About a week ago, the U.S. State Department said it had exhausted all efforts to look into the deletion of part of a 2013 press briefing from the department's website. Now, it's opening a fresh investigation to track down who was responsible for the edit.

The deleted interaction was regarding when the Obama administration started Iran deal talks. In early 2013, a department spokeswoman said those talks hadn't started yet. But we now know officials say they had started as early as 2012. Fast-forward to December 2013 when a reporter asked another spokeswoman if her predecessor lied.

"I think there are times where diplomacy needs privacy in order to progress," former State Department spokeswoman Jen Psaki said.

Critics say that's basically an admission of the lie. But when the video was put on the department's page, the incriminating section was replaced with a white flash.

An editor says someone in public affairs told them to make the change. But if this was a cover-up, it wasn't a great one — the transcript on the website still had the whole interaction.

The department has copped to the deletion, it just doesn't know who's responsible. It also maintains there weren't actually any rules being broken because there weren't any rules against this at the time. But after members of Congress started asking questions, Secretary of State John Kerry ordered a previously canceled internal investigation to continue.

Again, it doesn't appear any federal laws were broken here, but critics say this is just another example of how the Obama administration lied about the Iran deal in order to sell it to the American people. The administration has denied those claims.

No word on how long the investigation is expected to take. But the State Department says it has changed its policies so this won't happen again.

This video includes images from Getty Images and clips from the White House, Fox News, CNN and U.S. Department of State.