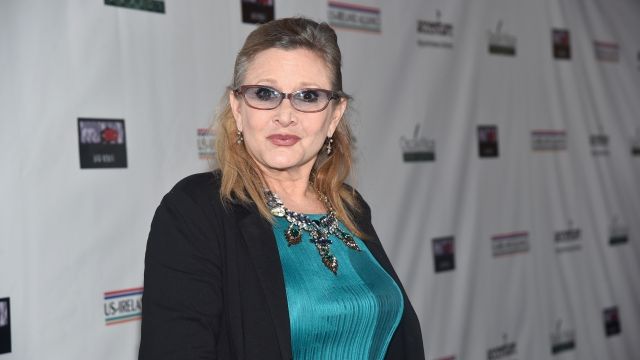 Beloved actress Carrie Fisher, best known for her role as Princess Leia in the original "Star Wars" films, has died. She was 60 years old.

A family spokesman released a statement Tuesday on behalf of Fisher's daughter, Billie Lourd. It read: "[Fisher] was loved by the world and she will be missed profoundly. Our entire family thanks you for your thoughts and prayers."

Fisher went into cardiac arrest on a plane just before landing in Los Angeles on Dec. 23.

Harrison Ford Opens Up About His Near-Fatal Plane Crash

She wrote several several books about her struggles with addiction and bipolar disorder, and she worked to destigmatize mental illness.

Fisher is survived by her mother, Debbie Reynolds, as well as a daughter, brother and two half-sisters.

Correction: An earlier version of this story failed to mention that Fisher is also survived by her mother. The story has been updated.