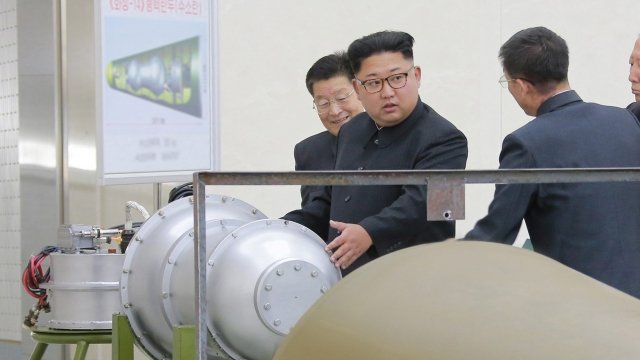 The White House has been clear about what it wants from North Korea: complete, verifiable, irreversible denuclearization. But even if North Korean leader Kim Jong-un agrees to that, the country's nuclear program won't just vanish overnight. A new analysis from Stanford University estimates it could take a decade or more for the North to denuclearize.

The report estimates that North Korea had about enough material at the end of 2017 to make 25-30 nuclear weapons as well as the ability to fit those weapons onto its short-range missiles. The country also has several types of intermediate- and long-range missiles, though those may not be capable of carrying nukes just yet. 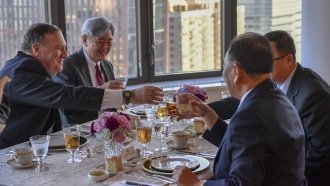 Practically speaking, North Korea can't just get rid of all its programs and materials right away. The Stanford report instead recommends the U.S. should push for a phased-in approach that manages the immediate risks right now and deals with the full program over time.

Kim has already signed on to some of the key limitations as a show of goodwill. North Korea has agreed to suspend missile tests and claims to have closed its only known nuclear testing site.

The report also recommends putting curbs on the amount of plutonium, uranium and other nuclear fuels the North produces, along with pledges not to export any more nuclear know-how.

In the long term, North Korea would ideally destroy its long-range missiles, eliminate its stockpiles of nuclear material, find nonmilitary uses for its scientists and sign on to international arms control treaties. But the report doesn't anticipate that'll happen for another six to 10 years down the road in the best case.

And then there's the question of what North Korea's going to get in return. The White House has promised economic aid and relaxed sanctions, but it's not clear that's what North Korea actually wants.

The Kim regime still views nuclear weapons as its lifeline against U.S. intervention. Convincing them otherwise will likely take a lot of time, diplomacy and commitment from the rest of the world.