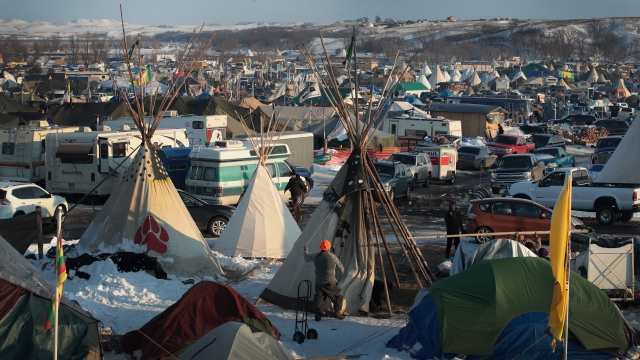 The leader of the Standing Rock Sioux Tribe has told Dakota Access Pipeline activists camping near the proposed route to go home.

The message came a day after the U.S. Army Corps of Engineers said it would not approve an easement for the nearly $4 billion pipeline, which was slated to run under a lake.

The Standing Rock Tribe was concerned the pipeline could contaminate the water supply and defile sacred land.

The Corps said it wants to look at alternative routes, and the environmental studies of those routes could take months or years.

Monday was the deadline the Corps gave activists to leave the campsite. But in recent days, the Corps has said it "has no plans for forcible removal."

Archambault urged activists who planned on staying over concerns the decision could be reversed to leave.

He said nothing would happen over the winter and noted that even if President-elect Donald Trump ends up pursuing the original pipeline route, it will take time.