Stacey Abrams Gives Democratic Response To State Of The Union 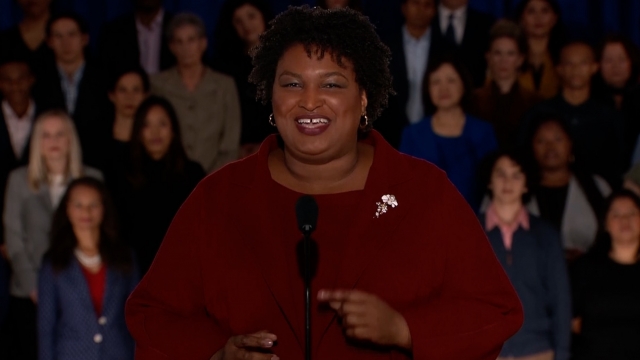 Abrams said she doesn't want the president to fail, but he must "respect his duties and the extraordinary diversity that defines America."

In her speech, she criticized the 35-day long partial government shutdown, which resulted in around 800,000 federal workers not being paid.

"Making livelihoods of our federal workers a pawn for political games is a disgrace. The shutdown was a stunt engineered by the President of the United States," said Abrams.

That shutdown largely took place over funding for President Donald Trump's proposed border wall. It's an issue the two parties have yet to find common ground on.

"We know bipartisanship could craft a 21st century immigration plan, but this administration chooses to cage children and tear families apart. Compassionate treatment at the border is not the same as open borders," said Abrams.

On health care, Abrams pushed lawmakers to work together to expand the progress made with the Affordable Care Act, rather than dismantle it.

And on voting rights, Abrams urged Americans to "reject the cynicism that says allowing every eligible vote to be cast and counted is a 'power grab.'" Abrams received national recognition in November after narrowly losing the Georgia governor's race, which saw accusations of voter suppression.

But Abrams ended on a bipartisan note.

"So even as I am very disappointed by the President’s approach to our problems – I still don’t want him to fail. But we need him to tell the truth, and to respect his duties and respect the extraordinary diversity that defines America," said Abrams.

Abrams wasn't the only one to deliver a response to the President. Sen. Bernie Sanders of Vermont responded, and so did California Attorney General Xavier Becerra who gave his response in Spanish.