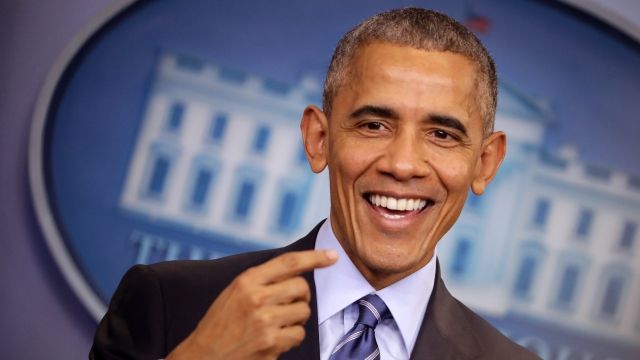 SMS
Obama Has A Job Waiting For Him As Spotify's 'President Of Playlists'
By Briana Koeneman
By Briana Koeneman
January 10, 2017
Spotify posted a job listing for a "president of playlists." And it's pretty clear who the ideal candidate would be.
SHOW TRANSCRIPT

"What am I going to do in D.C. for two years?" President Barack Obama asked.

How about work at Spotify?

The music streaming service posted this job listing on its website for a "president of playlists."

And while it doesn't specifically mention Obama by name, it's pretty clear who the ideal candidate for the position would be.

For instance, not too many applicants can say they have eight years' experience "running a highly-regarded nation" or have "experience in programming playlists at a federal level." 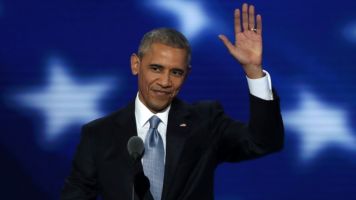 Obama Supporters Share Heartfelt Memories From The Past 8 Years

Other requirements for the job include having a Nobel Peace Prize, good relationships with artists and musicians, and the ability to speak passionately about playlists at press events.

The listing encourages anyone to apply, but it would be pretty hard to compete with Obama on this one.

Even Spotify's CEO is trying to get him interested.

But we're not so sure this is in the cards for Obama once he leaves office.

He has hinted at a slew of post-presidency plans, from helping to rebuild the Democratic party to owning an NBA team. Hey, a guy can dream, right?