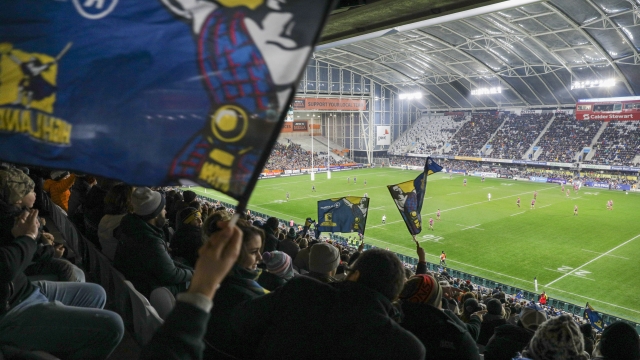 SMS
Sports Return With Thousands Of Spectators In Virus-Free New Zealand
By Gage Jackson
By Gage Jackson
June 13, 2020
New Zealand has lifted nearly all lockdown restrictions as the country has not reported any new cases of the virus for more than three weeks.
SHOW TRANSCRIPT

Thousands of rugby fans poured into a New Zealand stadium on Saturday to welcome back sports for the first time since the start of the pandemic.

Prime Minister Jacinda Ardern has received praise for her early response to the outbreak. New Zealand enforced strict lockdown measures in March. It has not reported any new COVID-19 cases for more than three weeks. The country has reported just 22 coronavirus deaths. Officials say all other New Zealanders who contracted the virus have recovered.

Now, essentially all remaining restrictions have been removed, with the exception of keeping the island country off limits to foreign travelers.

More than 20,000 fans were allowed to cheer at Saturday's match, side by side with neither face masks nor social distancing required.

New Zealand's sports minister said, "It's a world first and it's a payoff for all the hard work of 5 million New Zealanders. Anyone who's a fan of live sport or even live music knows that if you're there, it's totally different."

One rugby fan said, "Mate, I'm super excited. To be honest with you I've had enough of watching the reruns on Sky Sports. I'm just ready to crank into it."

In the U.S., most sports leagues remain suspended due to the pandemic. But men's and women's soccer are slated to be the first to return. The National Women's Soccer League has a tournament in Utah starting June 27.