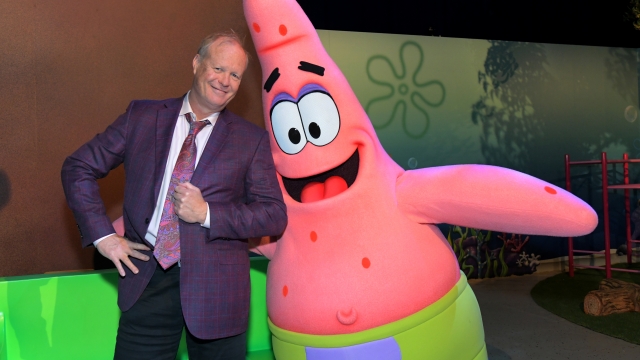 SMS
The Voice Of Patrick Star Explains The Value Of Kids' Television
By Casey Mendoza
By Casey Mendoza
November 14, 2019
"I loved animation when I was a kid. ... So, I'm really honored to be representing that kind of value, I guess, to kids."
SHOW TRANSCRIPT

"Is mayonnaise an instrument?"

"It's an instrument of deliciousness for a sandwich. So, technically, yes, it is."

If you've ever seen Nickelodeon's beloved "Spongebob Squarepants," you'll recognize actor Bill Fagerbakke as the voice of Patrick Star. ["No, this is Patrick!"] The show, created by Stephen Hillenburg, debuted in 1999 and is still running today.

"I didn't get it at first. I didn't understand what Hillenburg was creating. I just saw the words on the page. And I saw the initial storyboards. ... So I just thought it was some weird, like, preschool, or whatever, you know. And then when I saw the pilot, the coin dropped and I realized what an incredible creation that came out of Mr. Hillenberg's imagination, and I was just tickled pink."

Two decades later, Nickelodeon announced it was developing a Netflix original spinoff as part of a multiyear deal between the two companies. Sources told The New York Times the deal was worth more than $200 million.

That may seem like a hefty price to pay for cartoons, but "Spongebob Squarepants" was the top children's title in the U.S. last year, according to a Parrot Analytics report.

Beyond Netflix and the world of Bikini Bottom, other streaming platforms are also hoping to garner more young viewers.

"You know it. 'Sesame Street,' not just a show or even a franchise — it's a beloved brand synonymous with everything good about children's television."

All of these efforts will help HBO Max and Netflix compete with the recently released behemoth of children's content: Disney Plus.

Weeks before that platform's release, Variety called kids programming a "major battleground in the streaming wars."

"I loved animation when I was a kid. I loved it. I love Bugs Bunny. I thought Bugs Bunny was incredible. And I didn't care how many times I'd seen an episode. I would, I would still watch them over and over again. So I'm really honored to be representing that kind of value, I guess, to kids."